Does Creative Visualization Work For You? 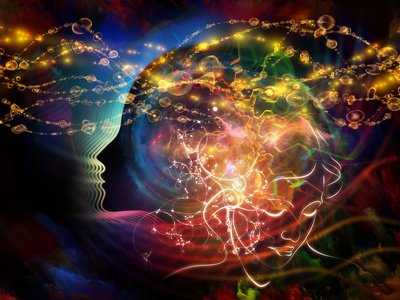 Creative visualization is a very powerful way to achieve new results in any area of your life.

You're probably aware that many celebrities and sports people have used creative visualization to accomplish big visions, including Oprah Winfrey, Tiger Woods, Jim Carrey, Will Smith and Arnold Swartzenegger, just to name a few.

Here's a short video where Jim Carrey speaks to Oprah about using visualization:


But, I have to own up at this point.  Visualization has never been one of my strong points.  However, I have seen close friends and business associates achieve massive goals using consistent visualization.

For me, it works better if I just daydream about things... 'imagine if this happened, or that happened.'  Rather than forcing my brain to picture it as though it HAS happened.

For example, I planned a kind of gap year in my early 30’s but had nobody to travel with.  So I just took off on my own with a backpack and a round the world ticket.  Before I left I had a dream of meeting a group of people and traveling with them. I had this vague picture in my head of a group of people I would meet and get on well with and that they would invite me to travel with them.  And that’s exactly what happened.

But everyone is different.  And there is overwhelming evidence that it works, so it's an important tool, but you will need to find the way that works best for you.

Why You Should Use Creative Visualization

Change is challenging for all of us.  As humans we’re hard wired to resist it and to stay in our comfort zone.  Even if it’s not that comfortable - it’s known and that’s what counts…  our human brain loves to keep things the same, because that means safety.

So, when you want to shift things around in your life, letting your free spirit off the leash, for example, it means change - and change always brings up some kind of resistance.

At this point, using creative visualization allows you to trick the brain into becoming comfortable with the behavior or outcome by imagining it's already happened - before it actually has.

Studies have shown that when an athlete imagines or visualizes running a race, exactly the same muscles fire and the same parts of the brain light up as if he or she was running the race for real.  Your brain cannot tell the difference between actually doing it and you imagining that you’re doing it..

It also cannot tell the difference between an image coming in via the optic nerve (actually seeing something) or an image you imagine or visualize.

We've all done the exercise of imagining eating a lemon... (if you haven't just do so now) and finding that even without closing your eyes and visualizing it you already have the sensation in your mouth of biting into that bitter fruit!  Your brain reacts as though you were really eating a lemon.

How Does Creative Visualization Work? 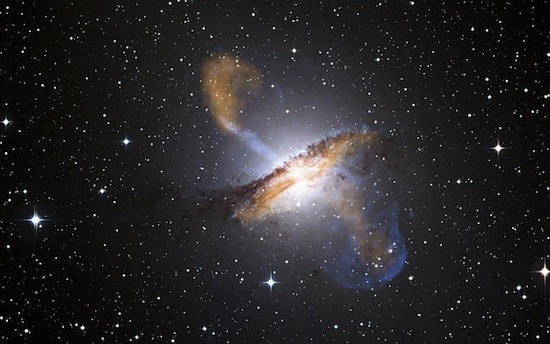 Basically speaking, without going into all the neuroscience, creative visualization works, because of the fact I just mentioned, your brain can't tell the difference between reality and imagination.

Usually when you decide to visualize something it's because you want to create something new or vastly improve a current situation in your life.

But connected to the vision there may also be negative thoughts or limiting beliefs that have stopped you achieving this before, such as 'I don't have the time/money/know-how...' or 'I'm not good enough/pretty enough/clever enough...' etc.

Creative visualization can cut through this by allowing the mind to 'see' the result you want as though it's already happened.

According to David Kreuger, MD, during a recent study PET scans of the brain have confirmed several things about visualization, including:

The result is, that when you actually go to do whatever it is, you already have a neural pathway developed which means you don't come up against that resistance to change as much as you would otherwise.

I saw a TV program years ago that showed a young gymnast practicing a difficult sequence on the bar, with her coach.  She kept messing up at one particular point.

So, after many attempts, he told her to get down and stand on the floor, and just relax, close her eyes and visualize herself executing the sequence perfectly.  She did this for about 5-10 minutes, over and over she saw herself completing it successfully.

She then opened her eyes and went back to the bar and started the routine again and executed it without a fault.

Create a vision of who you want to be, and then live into that picture as if it were already true

How to Start Your Own Creative Visualization Practice….

Have you ever daydreamed?

You know, where you get so caught up in what you’re imagining that you get a fright if someone comes into the room and disturbs you?

Well that is how you begin creative visualization!

The next step is to put yourself completely in the picture as much as you can.

smell any aromas or perfumes.....

see the colors of the scene as you actually achieve your desire.

Visualize what people are saying and especially how you’re feeling, what you’re wearing and how the other people are reacting – put as much detail into your vision as you can.

Do You Struggle To 'See' Your Visualization?

If you have difficulty with this, which some do (as I said, I'm one of them!), just play with it.  By that I mean, just stick with imagining and daydreaming, get more into the feeling of what you want, don't force yourself to see it.  If you put too much pressure on yourself it will have the opposite effect. It should never be forced

Keep your visualizations short - even 3 or 4 minutes is plenty.  But if it's something you're really in love with, you'll probably find yourself thinking about it without trying.

In between, don't keep mulling over whether it's working or not, let it unfold without your conscious interference.

Some great books have been written about visualization, two of the best are Creative Visualization by Shakti Gawain and, if you really want to understand the psychology behind visualizing in an easy to read style, Psycho-Cybernetics by Dr Maxwell Maltz is excellent.

I never hit a shot, not even in practice, without having a very sharp, in-focus picture of it in my head. First I see the ball where I want it to finish, nice and white and sitting up high on the bright green grass. Then the scene quickly changes, and I see the ball going there; its path, trajectory, and shape, even its behavior on landing. Then there is a sort of fade-out, and the next scene shows me making the kind of swing that will turn the previous images into reality

'You Can't Just Visualize And Then Go Eat A Sandwich' - Jim Carrey...

Well, actually you can - if that's what you really feel like doing.  But Jim Carrey's point is that you can't just sit and visualize your desires and ‘poof’ they will appear.

Many disillusioned people have found this out.  There is still action involved on your part - no matter how small or insignificant.

Your only job though, is to act on strong impulses you get, even when they come from unlikely sources - in other words follow inspired action.

When I talked earlier about visualizing a group of people to travel with, I didn't just sit around waiting for them to appear, I started my travels anyway, taking action when I felt inspired to and within 2 months I met the group I ended up traveling with for many months.

A great tool that helps a lot of people with the creative visualization process is creating a vision board - it's fun and it helps with imprinting the visuals of your desired outcome.

Give It A Try - You'll Be Amazed At Your Results...

The bottom line is, do whatever feels good to you.  Dream your dreams with  whatever detail you can, but don't force it, ever!

Florence Scovel Shinn says "Never force a picture by visualizing; let the Divine Idea flash into your conscious mind; then the student is working according to the Divine Design"

This is what i mean by daydreaming - don't force yourself to 'see' it, just imagine and dream and you will invite the Divine idea to flash into your conscious mind, as Florence says.

Creative visualization is a great way of being in alignment with the flow of all the good you want in your life and with all the proof out there that it works, it’s worthwhile trying it out and creating a life you love, where you can thrive by just being you.