A Wealth Mindset Is Your Path To Abundance 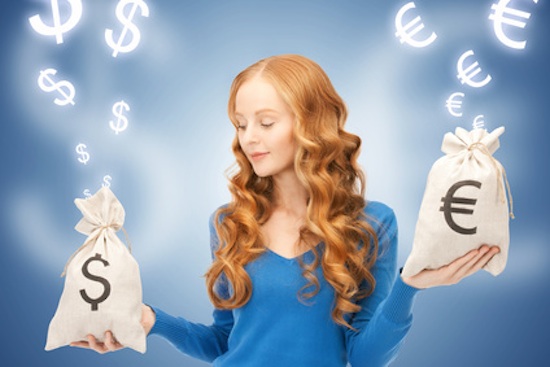 Having a wealth mindset is directly linked to living a life of abundance - which is your natural state.  But when it comes to money, often our thoughts lead us to finding lack rather than plenty.

Of course abundance isn't all about money - but because money seems to be something that we struggle with, that's what I want to talk about today.

I mean, be honest, when you think about money – what is the first thing that comes to mind?  Is it that there’s plenty to go around and it’s easy to get, or is it some version of there’s never enough?

So what exactly is a wealth mindset?  I think it means that you feel positive about money and your ability to attract it, even during the times when you don't have as much as you’d like.

Whereas with a lack mentality you constantly feel that it’s a struggle to get by, money seems hard to get and there never seems to be enough.

Even those that we think of as wealthy can have a lack mindset, and will always worry about keeping hold of what they do have, or continuing to earn it in enough quantity.

If you’re beginning to realize that your mindset is definitely not in the right place - don’t panic!  Because if you’ve created some bad stuff around your finances, guess what?  You can also create a whole new situation of abundance by changing the way you think about money.

You must get rid of the last vestige of the old idea that there is a deity whose will it is that you should be poor or whose purposes may be served by keeping you in poverty.  God loves you and wants you to live an abundant life.

-  Wallace D Wattles, The Science of Getting Rich -

Where Did This Limited Thinking Come From?

We've heard at least a hundred times by now that many of our current thoughts and beliefs were instilled when we were young, before we knew any better.

And when it comes to money it's such an emotional subject, there are bound to be some lingering beliefs around the subject.

Think back to your family’s financial situation when you were young.  If there were fights about money, or financial worries, the fear and worry around that subject would have been indelibly etched into your brain.

You may not even remember any of this, but the programming has taken effect and these limiting beliefs around money have become part of your mindset. 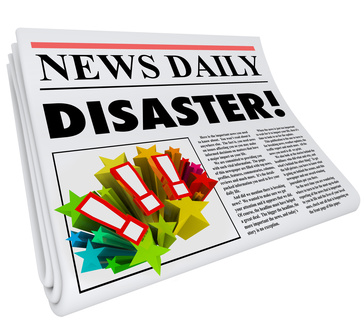 But it isn’t just as you were growing up that you picked up beliefs without knowing it.  If you look around, the entire world media is caught up in a negative spin.  You only have to watch the news or read newspapers to receive a constant feed of negative information.

So the bottom line is - we have to take responsibility for our own minds.  Start to become aware what you’re feeding yours.  What are you reading or watching on TV?  What about the people you associate with – are they complaining about lack of money or do they have a positive attitude towards their finances?

Making The Shift To Abundance

To begin with you have to set yourself up for success.  Just like going on a diet where you need to stock your fridge with the right foods, and get rid of the bad stuff so you’re not tempted in a moment of weakness, you need to be aware of what you feed your mind to develop your wealth mindset.

Here are 8 tips that will set you on the journey to abundant thinking. 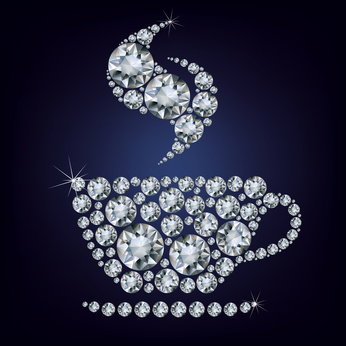 8 Tips To Shift To A Wealth Mindset

Tip #1 - List Your Innermost Thoughts and Feelings Around Money

Write down all of the thoughts you have around money – just sit and think about money in different contexts (such as paying bills, spending money, getting your paycheck etc) and write down what you feel and think.  If you’re anything like me you’ll be amazed at how you have echoed your parents’ spoken beliefs all these years later without even realizing it.

When I did this I could almost hear my mother’s voice saying some of the things I wrote down… it was a real eye opener.

If this is true for you – it’s so liberating!  Suddenly you realize that the ‘beliefs’ you hold around money are all based on something someone said when you were a young child.  Now you have the freedom to build your own beliefs rather than unquestioningly taking on someone else's.

Next, write next to each one an affirming statement that is the opposite.  For example – “I never have enough money” becomes “I always have enough money for everything I need”.  It seems simple, but you can’t change a belief if you don’t have anything to replace it with – and in my experience this really works.

Go on a media ban!  Stop reading newspapers and stop watching TV news – bad news sells and good news doesn’t – so guess what you get bombarded with through these media channels?  Yep – only the bad stuff.

Reading or listening to the news is the sure way to feel absolute despair around ever getting ahead.  Not only that, but there is always a danger you may start to actually feel comfortable with this situation – after all from what you see and hear through these channels, it seems EVERYONE is struggling.  You’ll start to believe that there’s not much you can do about it, and this is just not true.

My recommendation is that you don't watch any TV at all, but if you do, make sure you’re watching programs that support a wealth mindset instead of the thoughts that are leading you to lack.  Even the seemingly harmless TV sitcoms and some reality TV programs quietly undermine our positive thoughts about our ability to be abundant.

Tip #3 - Are You Getting Advice From Broke People?

Who are you getting your money advice from?  Is it people who are living an abundant life, or friends who are struggling more than you are? By surrounding yourself with people who live a life without lack, who always seem happy and abundant around money, you will find you feel really uncomfortable around people who have negative money beliefs.  And that’s a good thing!

Another thing - do you have friends who will support you in this quest for abundant thinking, or are they the kind of ‘friends’ who tell you it’s impossible, or you’re dreaming?  If they fall into the second category I can guarantee if you hang around them long enough you’ll believe that too.. so distance yourself and start talking to people who ARE going where you want to be.

Tip #4 - You Can Be Wealthy On Any Income

Tip #5 - Pay Your Bills With Gratitude

In order to engender a feeling of prosperity make sure you pay all your bills on time and be grateful for them!  So, for example, see it as a vote of confidence in you that the electricity company has allowed you to use the electricity first BEFORE you pay for it – and that you have the money to do so!

Abundance comes from appreciating what you do have, and that means looking after it (that's different to hoarding that I spoke of above).  Having a wealth mindset means being aware of where your money is and where it’s going.  You can’t be stressed out and running short all the time AND have feel abundant.  If things are a little tight right now - work with a budget.

Tip #7 - Do things That Make You Feel Wealthy

At one point when things were quite tight financially, there was a prestige supermarket that sold premium food near where I lived. For ages I didn’t shop there.

But then I realised I was holding on to my money to such a degree that I was being really mean.  So I started to buy a couple of food items there each week and it made me feel so much more prosperous because in my mind it was where wealthy people shopped. But more than that - I was allowing myself to have nice things... and that always leads to a feeling of abundance.

What can you do that would have that effect?  It doesn’t matter if it’s actually true or not, someone else may not equate it with being abundant, but if it makes you feel that way – do it.

Find ways to feel good and lighten up a bit!  If you’re stressed and there’s no joy in your life, it’s a sure sign you’re still stuck in a lack mindset.  Think about the good things in your life - gratitude for what you currently have is the best way to attract more to be grateful for, which in turn will help create a wealth mindset...

When you do this, you allow everything to flow more, including abundance.  I know this sounds counter-intuitive - but really, when you just let go of all the judgement around what abundance really is, when you let go and just enjoy life more, you'll find that most of what you need you already have.

Making these changes to the way you live with your money is not really that difficult, you just need to be aware of the times when shift away from feeling abundant and bring yourself back again, enjoy life and allow things to flow.

Because one thing is for certain; a wealth mindset is far easier to attain when you feel good, and will lead you to living life your way and thriving, with abundance that encompasses far more than just money.

What Others Are Reading... 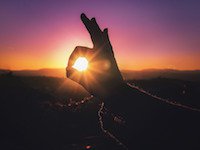 A Personal Budget In 4 Steps