Do You Attract Money Or Repel It? 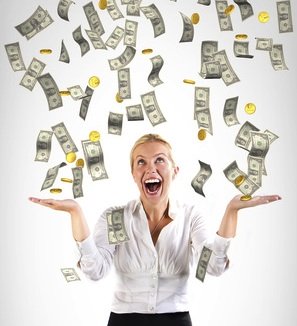 If you want to attract money - and by that I mean you want to bring more money into your life - there is only one way to do it.  You have to be a vibrational match to the larger amount that you want.

This only means, feeling how you would feel when you have more money - but feeling it now.

Because you attract money in exactly the same way as you attract anything else into your life - by what you are focusing on in relation to it at the time, and how you feel.

It's very simple - if you are feeling lack around money, a neediness or even desperation you are in the process of attracting more of that.  But if you're feeling relaxed, at ease and joyful about it and life in general, you will be an open channel to receive more of it.

Let’s use an example we’re all familiar with - dating.  I know it's been worked to death, but it's such a great analogy.

Imagine you’ve met someone you’d like to get to know better, but it’s early days.  You’re going out tonight and are sure to bump into them.  There are two scenarios below – which one is more likely to end in success?

When you look at it this way, it's pretty obvious.  In the second scenario, despite spending so long getting ready and trying to look your best, it's a recipe for disaster... You're so attached to the outcome and are not in the flow of joy and abundance.  You may well meet up with your hottie, but you are likely to come across as needy and desperate... 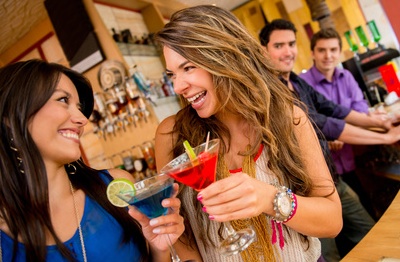 Scenario 1.  Enjoying life as it is and looking forward to whatever is next.  You are aware of what you would like in your life (more money or the things that more money could bring to you), but you're not basing your feelings of happiness on having it or them.  This is the state of being that allows abundance to flow through you.

Scenario 2.  Plotting and stressing about how to get more money, doing things you don't really want to do to get it, whilst not enjoying what you do have right now. This is not a winning formula.  You may end up getting more money or things this way, but it will NOT be enjoyable and what you do get will likely leave just as quickly as it arrived.

Bottom line is, you DO need to take care of your money using age old, practical tools, but the real essence of attracting money is to enjoy what you already have, play with your vision of what you would like, but not putting everything on hold until you get it.  Paradoxically this will bring what you want in life racing to you faster than you ever thought possible.

The three main reasons that you are not receiving what you want are almost sure to be:

But all is not lost, because you can easily turn that around...

What Are You Really Thinking About?

Wishing for or wanting anything denotes a ‘lack mentality’.  Because even though you are thinking about (in this case) how to attract money, you are still more focused on NOT having it.

However being being clear on what you would love to have (even if you’re not sure how) and feeling good about that, whilst enjoying life as it is now, is a sign that you are now an open channel for money, despite your current situation.

It can be quite tricky to get this.   Usually at this point people will tell me they are focused on ways to attract money, but when we dig a little deeper it becomes apparent that even though they are thinking about having more, their predominant feelings (or emotions) are centered around not having it right now.  Which equals – thinking more about not having it, than having it.  (Your emotions are a sure sign of what is REALLY going on in your mind... but that's a whole new subject).

If you're thinking about attracting money and you're not feeling good - you're still thinking more about not having money than you are about having it...

So if this sound like you - guess what – yep, you got it – you will get exactly what you’re actually focused on – the lack of money…

So when people say ‘this attraction thing doesn’t work for me’ what they actually mean is that they’re not getting what they want.  But they ARE getting what is in alignment with their predominant thoughts and feelings - or the vibration they are sending out around this subject..

Try it right now and see.  Think of anything that you would really like, but don’t have right now, especially if it’s something that you’ve been led to believe is difficult to get (like money).

Now how do you feel?

If you feel good, or even neutral with a lack of attachment, you're in the process of attracting it to you.  But if you feel bad, you're actually feeling the lack of it in your life right now, and that is what you're attracting.

What Is Your Money Program?

One of the main reasons we have no belief in our ability to attract money, is how we have been ‘programmed’ when we were young.  A lot of us grew up in households that taught us to fear money.

Money accounts for more spousal arguments than anything else and if you've been witness to a few of those in your youth. And arguments between your parents can be quite upsetting when you’re young, which leads to being upset and worried around the subject of money.

Many of us have also been taught that a lack of money is normal – ‘money doesn’t grow on trees’, ‘do you think I’m made of money?’ etc.  Because of this you may believe that having an abundance of money is only something that certain people have, because somehow they're 'special'.

How To Shift Your Mindset To Allow The Flow

So how do you go about changing your way of thinking and deprogram these negative beliefs you have about being able to attract money? 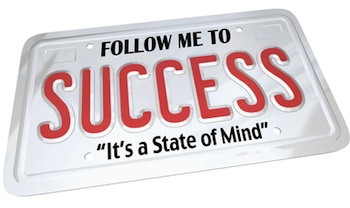 The first thing to know is, once you become AWARE of these beliefs, they are no longer subconscious... and you can catch them popping up, often in the form of fear, whenever they're triggered, such as having to spend a large sum of money, or receiving an unexpected bill, for example,

Begin playing with what it is you really want from life - because often the idea of earning a certain amount is actually just a reflection of what other people want - not you.  Perhaps the lifestyle that would really make you happy doesn't depend on having lots more money.

Keep track of your revelations and ‘aha moments’ in your journal.

All these things will help to become more connected to what it is you really want so you begin to attract money for that, rather than just for the sake of more money.  Focusing on what you want the money for (the end result) is a lot more powerful focusing on an amount of money you want.

'When riches begin to come they come so quickly, in such great abundance, that one wonders where they have been hiding all these lean years" - Napoleon Hill, Think And Grow Rich

Take The Time To Learn About Your Money

The only action you need to take is around your relationship with money.  Going back to the analogy of dating - if you want to build a good relationship with anyone special, you would never spend months not caring where they are or what they're doing (if you do you’re with the wrong person!).

No, you would arrange to spend quality time together, get to know them and all their quirks, deal with any issues that may come up in the short term, and then settle down to a beautiful solid relationship in the long term.

Show you care about where your money’s going by creating a budget, learn more about it, such as how to invest it wisely and work on any issues that come up.  This will change your vibration around money and you’ll find that it will begin to flow into your life far more easily than you ever believed it could.

So, very simply, if you want to attract money into your bank - treat it like a good friend rather than an enemy and get excited about what you're going to use it for.

Oh, and by the way - don't forget to have fun - don't let your enjoyment of life rest solely on having more money.

These May Interest You Too...