The Meaning Of Money And Feeling Abundant 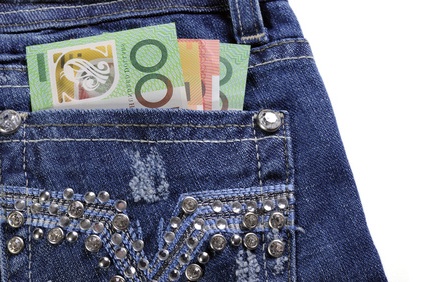 Your idea of the meaning of money and what you believe about it, governs  your ability to feel abundant, even when things are going OK.

You probably don’t realize that what you've decided money means to you has taken on a life of it’s own - and has resulted in one big misunderstanding...

We think that we just want or need money to buy things.  Then there's our basic needs, like food or housing. But let's look a little deeper.

What Do You Feel?

Think about how money makes you feel.  It can be fear, scarcity or anger.  Or the flip side - confidence, abundance or freedom.   Exploring those feelings will start to uncover the meaning of money in your life.

Once I started to consciously think about this, I immediately realised that the meanings I had attached to money were security and freedom.… but then I realised - it's the security that makes me feel I have freedom - so it boiled down security.

When I suffered my financial meltdown I discovered it meant so much more.  I had placed so many different meanings on money that I felt completely destroyed when it became scarce.

The Meaning Of Money I Discovered...

Of course security was a big one – but that was just the beginning.

My self worth was at an all time low – I felt embarrassed because of the situation I was in – not in how I got there, but the fact that I had no money....

I felt useless because I couldn’t pay for things I wanted or needed, even some old bills sat there without being paid ...

I felt stuck - as though I had no options any more...

I felt like a loser!  I didn't think of myself as a successful person any more...

My self confidence took a huge knock.

All this was attributed to my lack of money – NOT to do with the mistakes I made to end up in that situation… It was a real revelation!

Looking at those points – it’s clear that the meaning of money for me was:

Security – Money = I'm safe
Self worth – Money = being someone who matters

And that’s just the tip of the iceberg!

What meanings do you place on money that are for the most part, unconscious?

You may not have a story like mine to learn from, so here is a little quiz to help you uncover the meaning of money in your life.

Answer each question in your journal or a notepad so you can come back to it later to see how your outlook has shifted.  The last question should be single words, not an explanation...

What Does Money Say About You?

If you look even closer you'll see that the meanings we attach to money reflect back to us something even deeper..

We use money to regulate our moods (how many of us have bought something on impulse to 'feel better'?), prove our self worth, keep score with others, or even ourselves (see how far I've come?!), show accomplishment, form attachments or alliances (people will like and/or respect me more) and even channel aggression.

We also have complex ideas of what money says about us.  Do you outwardly say that 'money doesn't matter' because you think that makes you look better, when inside you yearn to be wealthy?

Do you really want to have a high powered job and the salary to match, but on the outside you pretend that you're happy where you are - because asking for more makes you feel greedy? 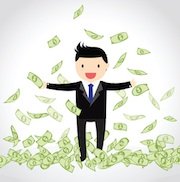 For example, whether we like it or not there is an unconscious (and sometimes conscious) desire in many women to have a partner who is financially abundant.

It’s for the same reason that we find certain men attractive to us – it has to do with the unconscious primal urge to find a good mate who can provide and care for us and our offspring, whether that is through a physically strong body, kindness and gentleness, or wealth and financial success.

But purely because of the label 'gold digger', many women will shy away from admitting this even to themselves because it makes them 'look bad' and it makes them feel bad too...

Money carries a myriad of meanings – it permeates every area of our lives.  No matter how vehemently you oppose this statement – if you really take the time to consider it you will see that it is true.  Money has taken control of us, and for the most part, we haven't even realised it.

You either master money, or, on some level, money masters you.

So it’s vitally important for you to get clear on what is piggybacking on money so you can become free of  these beliefs in order to take back control so money can fulfill it’s true role – to work for you and make your life easier.

Money Will Magnify Who You Are...

Here’s a strange fact about money – it will only make you more of who you are.

So if you feel insecure because you don't have much money – when your situation changes and you start to earn the amount you think you need – you will only start to feel even more insecure.

Yep – crazy as it sounds, it’s true.  You may not feel insecure for the same reasons, a classic example would be that now you earn double what you used to, but you feel really insecure because what if you lose your job, or your business goes downhill?  See what I mean?

The Better It Got, The Worse I Felt

That's exactly what happened to me.

Before I got into financial hot water, I was earning more than I'd ever earned before on a consistent basis - and guess what?  As my income grew, so did my anxiety... because I felt more insecure than ever.  Money magnifies who you already are. 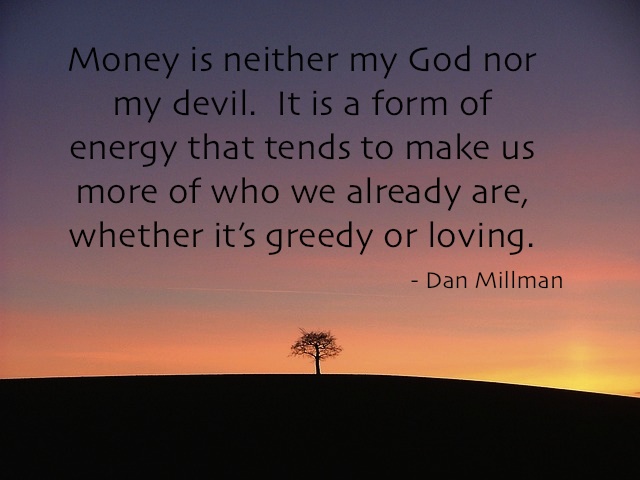 I started to worry about my earnings getting less, I kept comparing myself to others and I drove myself so hard to continue earning money at that level, that I ended up not enjoying it at all!

This ALL stemmed from the points I made above about the meaning of money in my perception....  security, self worth, freedom, success and confidence.

I had given money those meanings because I lacked them and thought that money would bring them to me.  But instead of making it better, all it did was magnify everything!

I had less self worth except when I'd just had a big win.

I had no freedom because I was working so hard and couldn't tear myself away due to my insecurity.

I felt less successful because I compared myself to others constantly and found myself lacking, and my confidence was low most of the time because I felt I was a fraud - people were calling me successful and I felt anything but.

It's absolutely no surprise really that it all ended in disaster....  How could it not with feelings like this?  It was a self-fullfilling prophecy... exactly what I was scared of happened... and the meaning of money that I'd constructed got stronger and continued unabated...

It's imperative to heal those fears yourself, and not expect money to do it for you.  Of course it will also magnify the good that you are - such as generous, caring, adventurous, etc.

If one asks for success and prepares for failure, he will get the situation he has prepared for.

You Wrote The Script...

So the idea of understanding what money means to you is an important one if you want feel abundant.  So you need to uncover those meanings and then interrupt the thought patterns and the behaviours they elicit.

The first step is to recognize that you are the author of your story and the meaning of money in your life.  You only have to look around and see that we don’t all attach the same meanings to money.

Compare a wealthy woman to a struggling artist, or a high income executive to a shop attendant.  One is not better than the other, but these are all examples of how their money story has played out in their lives.

But ask any of them why they have such different circumstances and they will swear it was just what life dealt them… mostly.

So going back to the quiz - what is the story you’ve told yourself about money – that your experiences and past have ‘taught’ you that money means, and how have those meanings chrystalised into beliefs around money?

Understanding this will really help you change your relationship with money, which is important if you want to be more abundant.

If you become aware of how money has been playing on your emotions without you knowing it, and the meanings you've attributed to money, you can start to build a healthier relationship with it.

When you realise that the true meaning of money is whatever you choose it to be - it stops having such a hold over you and your level of joy.  And remember - you are the master and money is the servant.

Home › The 4 Pillars Of Financial Abundance › The Meaning Of Money