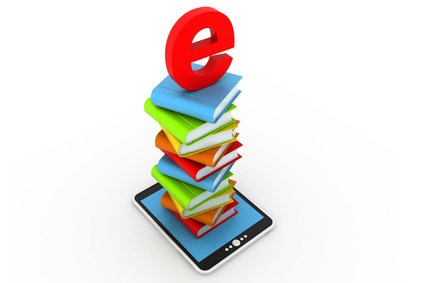 Free PDF books allow you to get your hands on some fabulous reading material for free.  Reading quality books is an excellent way to educate yourself and keep you inspired on your path to financial freedom.....

But it can get expensive buying books all the time....

That's where e-books, come into their own.  You can choose which titles interest you and download them straight to your computer....

Not only are these free, but they're instant as well!

Several of the books below were the inspiration for many of the personal and financial success books on the market today. You'll probably recognize some of the titles as well as the authors, but there are some lesser known writers as well.

A business meeting with industrialist Andrew Carnegie led Napoleon Hill to investigate what principles caused wealth and success for those that achieved it.  Over 20 years he interviewed a large number of wealthy and successful men of his time.  His books are largely the result of this research.  Think and Grow Rich is by far his best known work, but is actually a distilled version of the earlier ‘ The Law of Success in Sixteen Lessons’, (initially called 'The Law Of Success') .  Below is a small selection of his work.

The Law of Success in Sixteen Lessons

Success Through A Positive Mental Attitude (with W. Clement Stone)

Like many inspirational people, Bob Proctor did not start out his life experiencing much success. A high school drop out, he jumped from one job to another without any notable achievement.  It all changed when a friend gave him a copy of Napoleon Hill’s Think and Grow Rich.  He says that from that moment his life transformed.  He started his own business and within 12 months it grew into an international success.  He has since gone on to teach others the principles he learned; through seminars, books and courses and was one of the main teachers on the movie The Secret.

You Were Born Rich

Not a great deal is known about Wallace D. Wattles' earlier life except that he did not appear to enjoy much success.  However, once he discovered the New Thought Movement and began studying their teachings, things changed for him.  He put what he read into practice and then wrote about what he learned through experience.  His most famous book is The Science of Getting Rich.

The Science of Getting Rich

How to Be a Genius Or The Science of Being Great

A well-respected public speaker, at the time of authoring the material below Russell H. Conwell was a Baptist pastor.  One of the speeches he used to give was ‘Acres of Diamonds’, which he got the inspiration for whilst on a journey around the world. It was so popular that he delivered it more than 6,000 times including a radio broadcast and a recording for a record company.

An English philosophical author, James Allen gained most of his fame posthumously.  His second book was his most famous - As A Man Thinketh (based on the biblical proverb ‘As a man thinketh in his heart, so is he’), and after it was published he was able to retire and focus only on his writing.  He wrote 19 books in last 9 years of his life.

As A Man Thinketh

From Poverty To Power

The Path To Prosperity

Nothing is known about John McDonald or about the origin of this little book.  The current publisher says in his preface that an out of print copy was given to them by a truck driver who was delivering a load of books, in case they were interested in it.  Thankfully they were and it is now back in publication again.

The Message Of A Master

Known as the Great American Showman, Phineas Taylor Barnum was a great promoter, and became one of the richest men in America in his time.  He wrote three books and his autobiography.  The information in this book, although being over 100 years old is still amazingly relevant today.

This selection should keep you going for a while, but check back because as I find more valuable free PDF books I will add them here.

A Personal Budget In 4 Steps