Inspirational Messages From The Universe 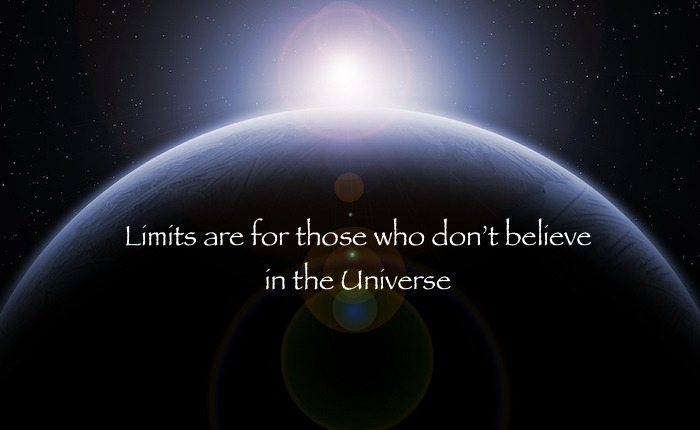 The Universe has been sending out inspirational messages since 2000 directly into inboxes around the world in the form of Notes From The Universe.

These daily emails have such an amazingly wide appeal that as of writing this, there over 700,000 subscribers in over 185 countries!

So, since when did the Universe start using a computer?  Since Mike Dooley, following his passion, started started sending them on her behalf.

I first heard of Mike Dooley when he featured as one of the teachers in the movie The Secret back in 2007.  I then came across the inspirational messages he sends out in the form of his Notes From The Universe, and have been receiving them via email ever since.

Way before he started sending out these inspirational messages, Mike was an international tax accountant with PriceWaterhouseCoopers. He left that behind to follow his heart and start a company with his brother and mother selling t-shirts with unique, inspirational messages and slogans printed on them.

The business, TUT (Totally Unique Thoughts) was highly successful; however after a few years when both their enthusiasm and sales started to wane they decided to close down and he found himself at a dead end, not really knowing what to do with his life.

At this time he continued to send out the defunct company's inspirational messages via email, which at that time were called “Monday Morning Motivators”.  He still had some money from the T shirt business to support himself, so even though it didn't bring him an income he kept on doing it out of love – and it all started from there.

The reason I’m so inspired by him is because I resonate with his overall message and I love the way he delivers it.  I can also relate to his experience of being in the void when one thing finishes and there is no obvious next step.  He retells it in this excerpt from the introduction to his first book of Notes From The Universe:

But I knew a trick.  I knew that figuring out ‘the hows’ wasn’t really my job;  they belonged to the Universe. I also knew to focus on the end result, the kind of life I wanted and to get busy turning over every stone, knocking on every door, following every impulse, so that theoretically, at least, the Universe could take care of the details.

Whaaaaa!  Has it ever!!!  Somehow, during all the knocking and turning and visualizing, I acted on enough hunches and instincts to keep me buoyed with necessary optimism to press on and not look back.  And literally, the next thing I knew, TUT’s Adventurers Club was born and the Universe started using email.”

Adventurers In The Jungles Of Time And Space

Mike Dooley's take on our time on this planet is that we are all ‘adventurers in the jungles of time and space’, and that our thoughts become things - [so we should] choose the good ones. He has a wonderful way of expressing his inspirational messages (aka Notes) in a warm, slightly whimsical, but very profound way.

One of the main concepts that I learned from him was stop worrying about ‘the cursed hows’.  This is what he calls it when we insist on trying to work everything out from our limited human perspective.

Like those times when you get inspired by a vision you have for something wonderful, something magnificent that you are just in love with; but then you ‘get realistic’ (big mistake) and start to try and work out just how you will make that happen.

This is getting involved with the 'cursed hows', and mostly leads to us abandoning our dream before we’ve even started.

According to Mike (and many others) this is not our job.  Our job is to dream big, magnificent dreams and then allow the Universe to do its magic in working out the best, easiest and most fun way for those seemingly impossible dreams to come true.

In the meantime we should be out there in the world, doing whatever seems to be calling us, because the only way the universe can send us synchronicity and coincidences that lead to opportunites is if we’re out living life in the world.

Some Notes From The Universe...

Below are a couple of examples of Notes From The Universe… I’d like to say they’re my favourites – and I do love them – but the thing is they are all so charming and fun it’s hard to choose between them all! 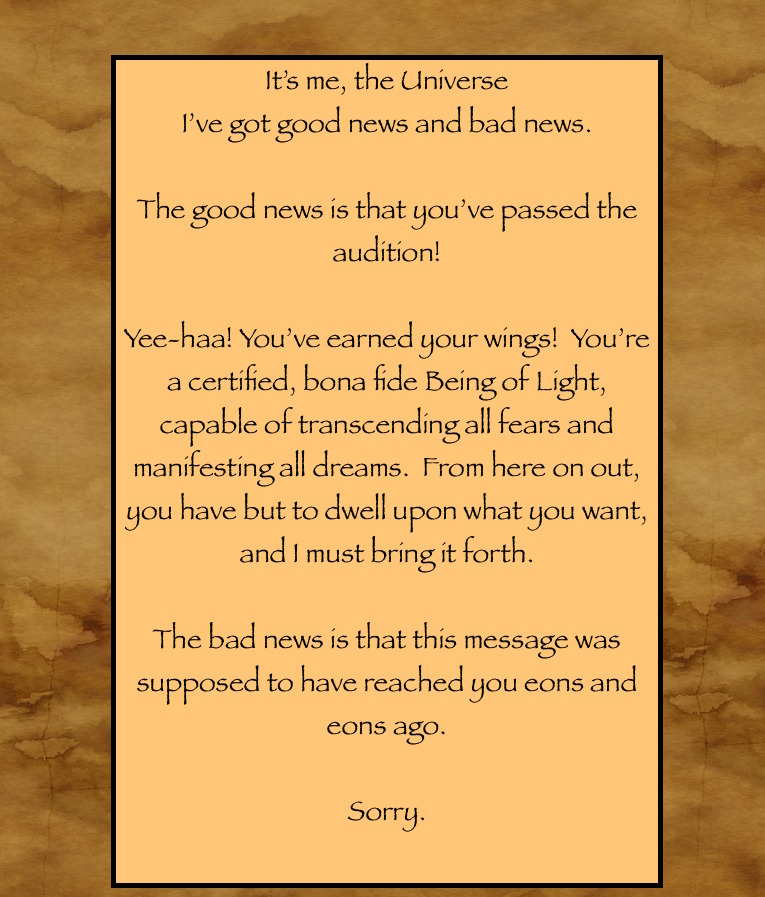 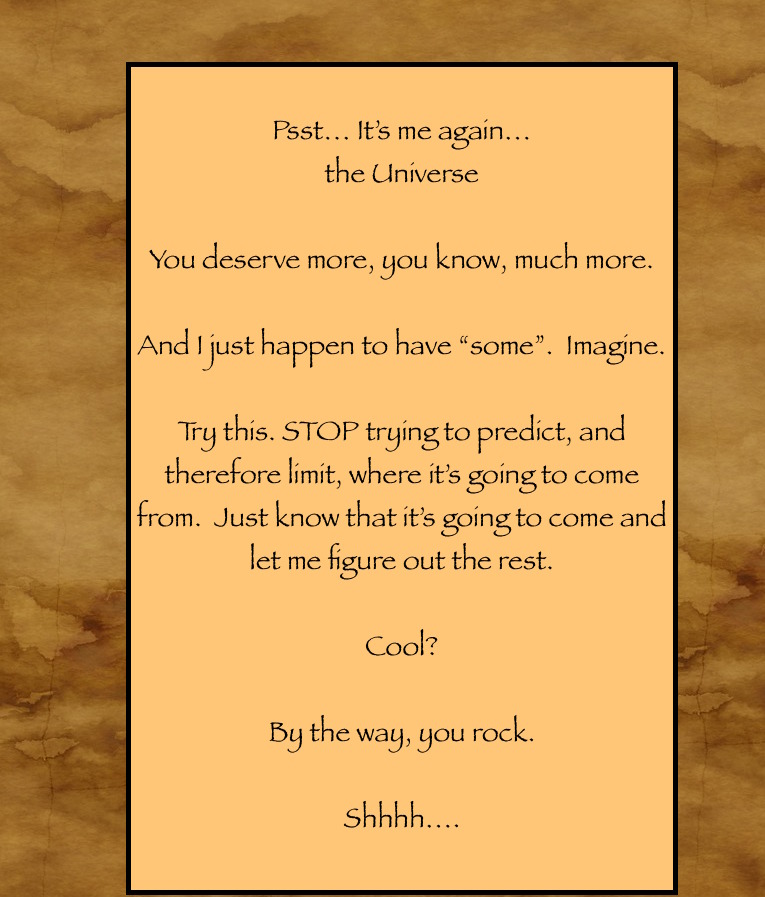 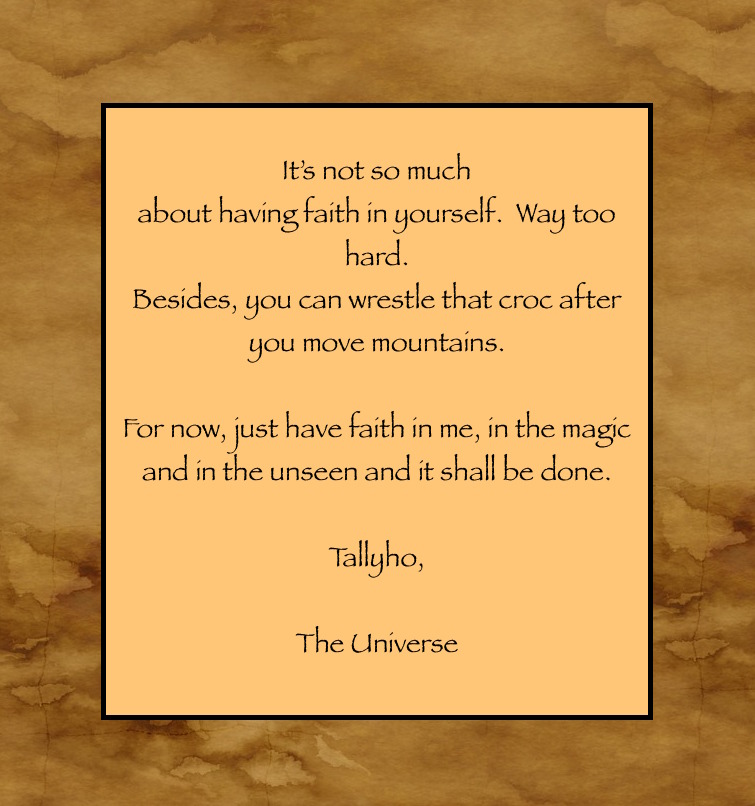 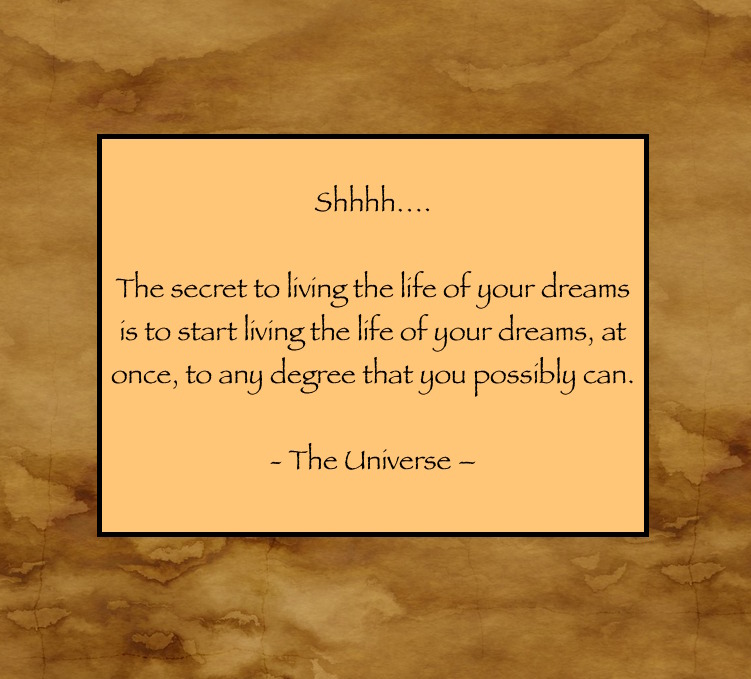 You can sign up and receive your own daily inspirational messages from the Universe.

You can also buy 3 books, each with 200 of the best notes as at the time of publishing.  I love them because you can go at any time and read through a couple of them and they never fail to inspire me and make me smile.

Inspirational messages come in all forms, but Mike Dooley's Notes from the Universe are such fun and I think that's what makes them so popular with so many from around our beautiful planet.  I hope you find them as comforting as I do.

If you want to take the next step to actually making your dreams reality - I'm giving away the first part of my brand new course absolutely free.  In this first part you'll learn how to open up to your intuition and reconnect to your true self.  Sign up below and download your copy and workbook now: 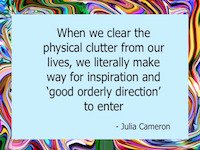 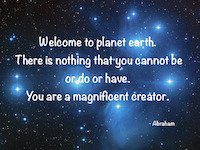 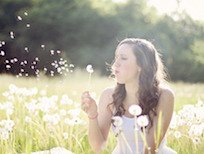 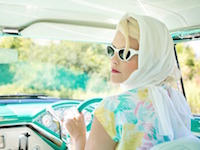